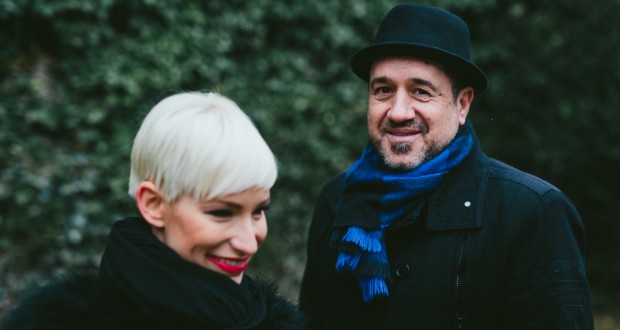 Dear readers, we continue with exclusive interviews with the participants of the Slovenian selection for this year’s Eurovision Song Contest. Today we bring you an interview with Alya and Neno Belan. 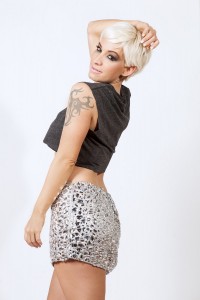 Can you please introduce yourselfs to our readers?

Alya: I’m a Slovenian pop artist and live performer. I’ve released my first album in 2004, which was published in gold and also in platinum editions. My videos were also successful abroad and climbed the charts on MTV (World Chart Express). Most my singels have won prestigious awards for the best pop songs and the most played/aired/broadcasted in Slovenia between the 2004. and 2014. Some of them are „Srf“, „Diamant“ and „Hit“. Last year I did a historical event called Concert in the Sky, provided by Slovenian mobile brand MINGL and Croatian Airlines – the concert above the clouds, 4500 ft above ground in the Airbus A319. I was also a part of big opening ceremony in Qatar for Mans World Handball Championship, where I sang an official anthem live with 23 other artists from other countries. Of course I represented Slovenia.
Neno: I’m a singer-songwriter from Split, Croatia, but I’m currently living in Rijeka. I was part of the rock band Djavoli (The Devils) that was very succesful in former Yugoslavia. I’ve won several big prizes in Croatia called Porin. I’ve worked together with the biggest singers from Croatia and now I will sing with Alya at Slovenian national selection – EMA.

When did you decide to apply for EMA?

Alya: I was invited to EMA. My producer suggested cooperation with the Croatian singer Neno Belan and since I knew that he is a great author and singer, it was an honour for me to sing with such a legend.
Neno: I would just also say that the song was made by myself and Zvonimir Zrilić, who was a part of the band Riva, which won the Eurovision Song Contest in 1989, representing Yugoslavia, we figured out that the song sounds so eurovisionish, so we decided to use it in Slovenian national selection as Croatia, unfortunately, isn’t participating this year.

Neno:  Song is called „Misunderstandings“, and like I said it is product of mine and Mr Zrilić, while the author of the text is Tonči Pajkin. You’ve probably figured it out that it is about love misuderstandings.
Alya: The song is live modern pop. It’s about a relationship that it’s not necessarely full of conflicts, it can be different if people are trying enough. You always have to look on the bright side of life. :) 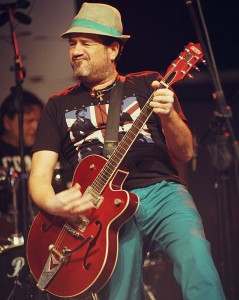 Among other contestants, who do you think is your biggest rival?

Neno: It is hard for me to answer on this question, as I really don’t know the rest of the participants very well.
Alya: I have to say that I don’t see EMA only as a contest. It is an oportunity to introduce the song and meet with other singers and authors and of course to have fun. I’m sure that all the contestants would like to win, but the best song will be chosen by the people. I realy like the artist Rudi Bučar, he is a great author and singer, and as a matter of fact we sang a duet called „Zadnji dan“ on EMA in 2009, and we ended third :)

What is your favorite Slovenian Eurovision entry?

Alya: I really liked Nuša Derenda with „Energy“, she ended seventh, what was Slovenia’s best placing.
Neno: My favorite is „Den ljubezni“ by Pepel in kri that represented Slovenia back in 1975.

In the end do you have a message for our readers?