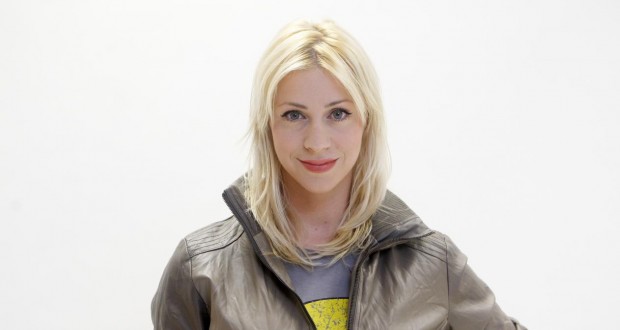 She has been present on Eurovision stage more than any other performer. She performed recordbraking seven times. In Moscow, six years ago she performed along string quartet Quartissimo with the song Love Symphony representing Slovenia. Six times she was a backing vocal, three times for Slovenia, twice for Montenegro and once for Croatia. She’s Martina Majerle.

Hello Martina, for starters, tell us something about yourself so Eurovision audience would meet you even better.

First of all, one big hello for everyone. I was born in Rijeka, and I grew up in Opatija. Although I graduated economy, I’ve been actively singing for the last seventeen years. It all began in 1997, when I became part of the vocal group Putokazi from Rijeka performing ethno, pop, electronic and film music. I performed with many stars from the region, and in particular I would single out gigs at London’s Royal Albert Hall in 2010 with Oliver Dragojevic, and in Paris Olympia, in 2007 with Tereza Kesovija and in 2009 with Zdravko Čolić. I have published two singles in Slovenia Čokolada in vanilija (Chocolate and vanilla) and Luna nad obalo (Moon above the shore).

A few days before the end of open call, my dear colleague composer Andrej Babić sent me a song that I liked very much at first and although EMA was not planned earlier, due to the quality of the song, I agreed to try and we signed up later to become one of the four selected.

The song is a female ballad, exactly in the style of Andrew Babić, which will certainly be appealing to his fans, and hopefully beyond. It is called Alive and as you can see it’s in English, what is a small change from his previous work.

Who of the other participants do you think is your biggest rival?

I do not want to name anyone. I would like to see what other contestants have prepared. Each one of them has a different style from others. It will be tense.

What’s your favorite song that represented Slovenia at the Eurovision Song Contest, and Eurovision overall?

Prisluhni mi is my old Slovenian love. From Eurovision there are many of them, but I would like to single out: Euphoria, Hold me now, Nocturne, My Number One, Željo moja and Rock me baby.

And finally do you hava a message to people reading this interview?

As I wish to everyone, less worries and more enjoyment of life. It all passes too quickly. And keep listening the good music!

Martina, thank you for taking some time for this interview.

Thanks again to you and all the best!