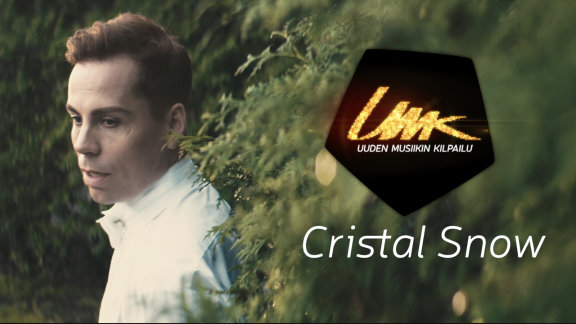 OGAE Serbia brings you an interview with Ctistal Snow, one of the contestants who will take part in Uuden Musiikin Kilpailu festival, Finnish selection for the Eurovision Song Contest. We had a little talk with Cristal Snow, and here is what he says about the inspiration for his song, other contestants, future career plans and many more.

This is your second time competing at Uuden Musiikin Kilpailu. Why did you decide to take part in the competition again?

- It’s been my dream to be a part of Eurovision since I was a kid. The ultimate dream. Every year since 2008 I have been playing around with the idea to take part of the Finnish selection, but the right song and other projects have taken up my time. Now the time felt right and the song just sorta came from nowhere.

Can you tell us something about the inspiration for the lyrics? Do they have a special meaning for you?

- We were at the studio writing music and I told my Co-writer Jimi Constantine about a relationship gone wrong because of outside pressure. He was in the closet and I wasn’t. We tried to sustain the relationship but failed at it. A sad story, really. A love gone wrong. We wrote a song about it but ended up flipping the story into a positive message.. About not caring what people think and letting love conquer all. 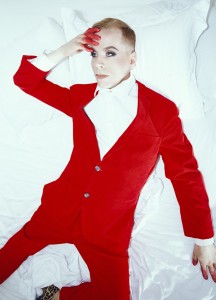 What can we expect from your performance at Uuden Musiikin Kilpailu? How would you feel if you win the festival? Do you think you can win?

- I really wanted to go for understated elegance. I wanted it to be really stylish and emotional. Of course I am going for the win. Everyone that is competing is. And its all up to the audience. It really depends what they feel is suitable to represent Finland this year in Sweden for Eurovision. We all can just do our best and hope to win.

You are well-known to the Finish audience, and according to betting odds- you are one of the favorites to win. How does that make you feel?

- Of course it is amazing. But also creates pressure to do good. I don’t wanna let my fans down.

Have you heard other songs that are competing at the festival? Do you have any favorites?

- I have. There are so many great songs this year. Sandhja is amazing. Mikael Saari.  Tuuli’s song Don’t wake me up, I really like. Saara Aalto has a really great song. Pää-äijät hava a fun song. The competition is fierce this year.

- I have many projects coming up. Of course release music, I have a new television show starting in April here in Finland. It’s gonna be a crazy wonderful year.

Evropesma.org thanks you for your time and wishes you best of luck!