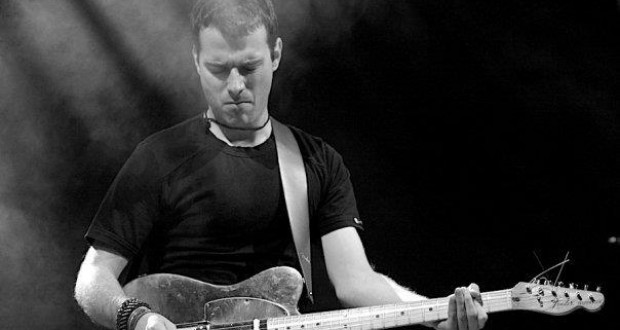 Today we brought you the names of the songs that will compete in the Slovenian national selection „EMA 2015″, as well as the names of their authors. Now we are bringing you another interview with the participants of this selection. Read how Rudi Bučar answered our questions. He will sing a song titled „Šaltinka“.

To start, tell us something about yourself that you would like Eurovision audience to know about you.

Hi, I’m Rudi, I come from Koper, but I spent my childhood in Izola. Music has always been my love so besides finishing school of economics, I’ve graduated from the Music academy of Trieste, section of piano and guitar. I’ve played in several bands and in 1999 I’ve released my debut album. I’ve participated twice in the Slovenian selection for Eurovision. First time with Alya, in 2009 and we sang the song Zadnji Dan (Last day) and once again, last year, together with the band Elevators, and our song was called Tja (There). Also, in 2007 I was a backup singer to Alenka Gotar in Helsinki, so I’d like to finally go to Eurovision and personally represent Slovenia at the contest for Europe’s best song.

I was so lucky that I was directly invited to EMA by RTV Slovenia, so I didn’t had to send a song through open call.

I am the author of music and text, while Gaber Radojevič helped with the arrangement. The song is basically a folk song. There are Istrian elements in it (text and motives in the text, the famous Istrian scale and of course, Istrian instruments). There is a dose of trumpet groove and Italian cabaret. I’m sure many people will like it. :)

Who of the other participants think the biggest competition?

I don’t watch at EMA from a sports perspective. :) I think everyone in this preselection is great.

What’s your favorite song that has represented Slovenia at the Eurovision Song Contest?

Uh, I can not decide between the two. I would say that my favorites are Tih deževen dan by 1x band and Samo ljubezen by the Sisters.

Any last message to our readers?

Be ok every day.

Rudi, thank you for having this interview.

The pleasere was all mine. Bye, bye!