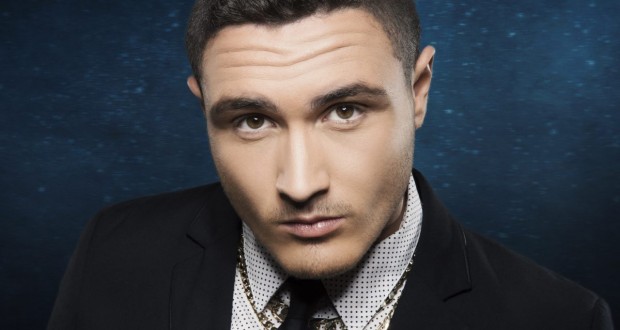 Nadav Guedj and his point of view about Eurovision Song Contest

OGAE Serbia brings you an exclusive interview with this year’s representative of Israel, Nadav Guedj. Nadav is sixteen, and he’s the youngest participant in this year’s Eurovision Song Contest. He is the winner of the popular TV reality show program „Rising Star“ and Israel selected there its representative for the Eurovision Song Contest in Vienna. Nadav Guedj will perform in Vienna with the song „Golden Boy“. The video for the song was filmed in several locations in Tel Aviv – on the roof of city hall, which is in the center of the urban zone, Rabin Square and others. For the making video, 60,000 people had gathered.

First of all Nadav, thank you so much for finding some time for this interview!

As we all know you are one of the youngest participants on this year’s Eurovision Song Contest. Can you tell us more about yourself ?

- Well, I’m only 16 so I don’t have much of a story to tell. At least not yet.  I was born in Paris and my family moved to Israel when I was 3. My first real break came only a month ago when I won Israel’s most watched reality music tv show called “Hakochav HaBa”- “Rising Star”. 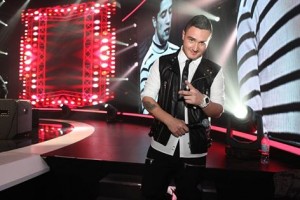 You are the winner of Israeli talent show program called Hakokhav Haba (The Next Star), and that’s the way you got ticket to represent your country. Tell us which idea was to take part in this talent show, how you come to that idea?

- I decided I wanted to go to the auditions of “Hakochav Haba” (Rising star) when I saw the advertisements in my hometown.

Which artists can you name as your music influences and which genre of music you like to listen the most?

- Pharell Williams, Timbaland, Jay-Z, Snoop dog and Usher. I listen to their music practically every day. I love to get inspired by a wide range of genres and different kinds of music so I always listen to so many artists. I spend hours in front of my PC in search for new music.

Tell us more about your song “Golden boy“, who are the authors of the song, and what kind of genre are used in your song?

- „Golden boy“ is all about a broken hearted young guy who decides to get out of his bad mood by taking a break of three minutes and letting himself loose. The songwriter is the hit maker Doron Medalie and the song is a „Middle Eastern Pop anthem“ which fuses together contemporary Pop and R&B with the famous Middle Eastern ethnic beat.

Have you been following the Eurovision in recent years, do you have any favourite songs, and in your opinion what is the most important thing about winning Eurovision?

- While I grew up in Israel, I remember feeling excited about the competition and watching it every year. As I grew older and became a teenager, I found myself searching and listening to so many different kinds of music so I kind of lost track of the competition. This is the reason why I’m so blown away by the production and scale of the competition. I am so happy to be part of it. The most important thing for me isn’t winning but building a bridge to other people’s ears and hearts. The more the merrier.

What really means for you to represent a country in music contest such as Eurovision? How much will this affect on your carrer?

- Taking part in the Eurovision Song Contest meant the world to me. I am blown away by the scale and proportions of this competition. I know I’m young, so this is an amazing opportunity for me to be heard by so many different ears.

Did you listen to other participating songs, and can you abstract someone?

- I heard many of the songs and my top favorite, right now, is the Australian entry :-)

What is your personal goal on Eurovision?

- I hope to bring a fresh new combination of European-Mediterranean sounds and influences to the contest.

Do you already have a plans what to do after Eurovision Song Contest, some new songs, maybe taking part in some tv shows or maybe first album?

- No. I’m super focused on the contest and practically spend every hour I get to prepare for the stage performance.

And finally, do you have any special message for our readers in Serbia?

- I feel that the Eurovision competition is all about celebrating diversity and culture through music. I hope to dance together with all my Balkan brothers and sisters :)

The Delegation of Israel invites you to like the official Facebook page Eurovision Israel 2015 to keep informed about all events that are related to Nadav and Israeli delegation.

Listen to the song „Golden boy“