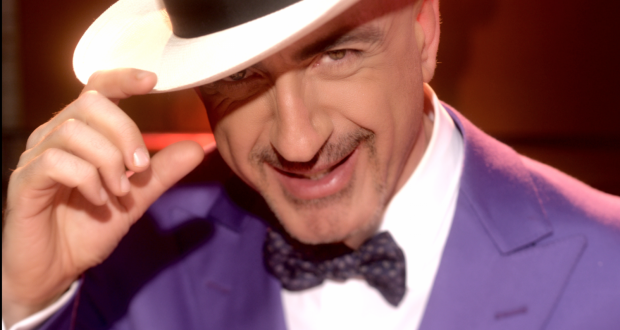 Turkish singer Serhat was internally selected by San Marinese television to represent the country in Stockholm. Thanks to him in a way, Turkey will also participate this year. We had a chance to talk with him and do a short interview.

Hello Serhat. Can you tell us how did you end up representing this small, but beautiful country?

- Hello to you too. It is really a unique and unusual story. San Marino TV paid attention to the success of my latest single „Je M’adore“ at the international dance and DJ charts. They contacted my Italian manager Marco Vannuzzi because of the ESC. As Marco told me about the possible collaboration I was surprised too. But at our meetings I was convinced totally by the idea. So we made our plans, fixed the targets and now I am very glad and honoured to be a part of this collaboration and to represent San Marino.

Are you aware what did you get into as Eurovision brings many responsibilites?

- Definetely yes. As far as I am a festival producer myself, like Megahit Mediterranean Song Contest and High schools Music Contest in Turkey, I am aware of the difficulties of that kind of big productions. Of course ESC is the biggest TV show on Earth and it’s another privilege to be on this stage. I started to follow Eurovision as a child. My first ESC was back in 1974. What a nice start being the witness of ABBA’s victory. Since then I’ve never missed any contest. At some years I was in the audience too. So I have some experiences with Eurovision in the past. But after becoming the official entry of San Marino I realised that it is much bigger than it seems. The responsibility is huge. You must work harder than ever. I believe all participants must be really strong to go all this way through.

What can we expect out of your Eurovision entry? Will you record various versions, beside the official one?

- First of all you can expect a good song and a good performance. Right now we are still in the studio. The official song and video announcement will be at the beginning of March. I have a multinational team and I am recording the offical version in 4 languages, English, Italian, French, Spanish. There are also some surprises which I can’t tell now. Surprise is not a surprise anymore if it’s told before.

What do you expect to gain out of Eurovision?

- I believe to enjoy this unique atmosphere and make it an unforgettable memory in my life is the biggest target. On the other hand ESC is the biggest stage show on earth and you are in front of millions of people. For any artist it is a big opportunity to get mutual with European audience. I am sure if you make a good performance on this stage this could be a very important step in your career.

Can you name few of you favorite Eurovision entries?

In the end, would you mind revealing our readers one detail about you that is not commonly known?
– I have 2 secrets for you :-)
1. Nobody knows that I have more than 20.000 CD’s and DVD’s in my archive at home :) And still collecting more…
2. Even I am a tall guy and into sport I am the worst basketball player ever you can see in your life :-)

Serhat, thank you for your time. All the best in Stockholm.

- Thank you also. I’m hoping to see you there. All the best to you and your readers!