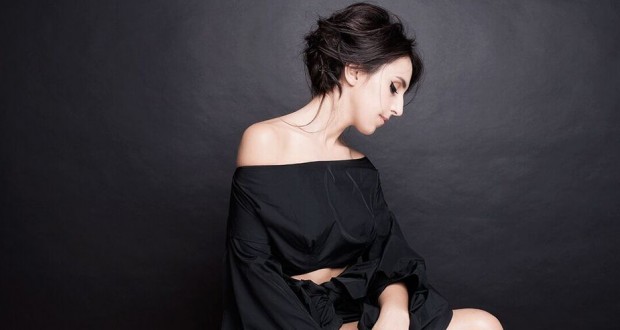 Jamala – We should remember our roots!

Evropesma.org brings you an exclusive interview with Ukrainian singer Jamala, one of the favorites for the big victory at the Eurovision Song Contest.

Hello Jamala! How are your preparations for the Eurovision Song Contest going so far?

- It goes pretty well. Thank you! Two weeks ago I performed in Amsterdam on Eurovision-in-concert party. And I made like a thousand interviews! I mean not only to websites that are dedicated to Eurovision – BBC, Reuters, Associated Press, France Press, France 24, Deutsche Welle, Euronews, ARD, ZDF, The Times, Bild, Die Welt, Stern made interview with me. And it still goes on!

Can you reveal us some details about your staging?

- At the moment we are preparing completely new performance, but we still keep details in secret. And the dress will be new too. Vogue Ukraine made a kind of competition between Ukrainian designers. We chose the sketch by Ivan Frolov, we worked with him for my concert dress before. Actually we prepare four dresses; two with Ivan Frolov and two with chief stylist of STB TV channel Dmitriy Kuryata. Which one I’ll wear at Eurovision I’ll decide at final rehearsal for semi-final.

Based on Eurovision betting odds you are one of the favorites to win. Do you think you can win? 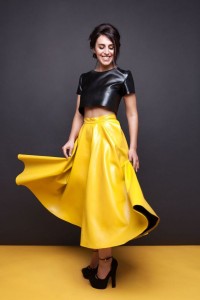 We can all sense the power of your lyrics and its meaning. But what is the message you would like to share with people who will watch your performance?

- I believe there are two important messages in the song. The first is “We should never forget about this tragedy of our people, we should remind about it to our children, so they will be able to prevent the things like that in the future”. And the second message is “creating the future we should remember our roots, where we came from. If you really respect and venerate your family, your own culture and history, you learn how to respect other cultures. It’s the way we could make this world better”.

We could build a future
Where people are free
To live and love
The happiest time.

Have you heard other contestants’ songs? Which ones did you like?

- I’ve heard all songs. I mean, I’ve watched all video clips. I could tell you which ones I like after the first stage rehearsal in Stockholm. The live performance is very important, I can’t evaluate the song without it, and I need to see everything in complex.

In 2011 you withdrew from the Ukrainian national selection with an up-tempo song called Smile, and this year you returned to the competition with a sad power-ballad. Why did you decide to give the selection another try, and all the more with a totally different song?

- I realized that this is the right moment to participate. I wrote 1944 a year and a half ago but it wasn’t included in my latest album “Breath” that has been released in autumn of 2015. When National selection was announced I decided that I want to show “1944” to the world. And Eurovision is the best way to deliver it to a huge audience all over the Europe and even beyond. 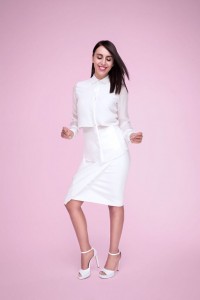 You acted in the movie called The Guide/Povodyr which was Ukrainian entry for the Best Foreign Language Film at the Academy Awards in 2015. Can we expect to see you in more films in the future?

- It’s true, I had very interesting experience with cinema. By the way, “Guide” got the best box-office among Ukrainian movies in 2014. Last year I had a cameo in fantasy movie “Polina” by Belgian director Olias Barco. It will be released by the end of this year.

Can you tell us something about yourself that not many people know?

Evropesma.org thanks you for your time and wishes you best of luck in Stockholm!