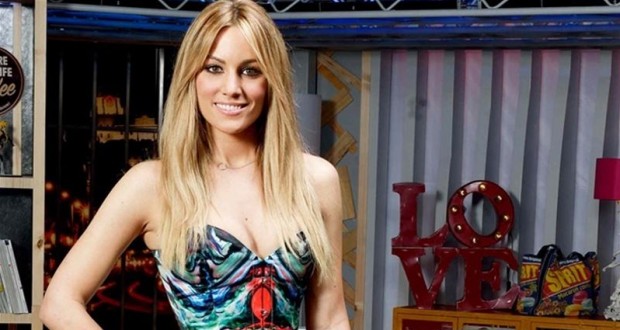 There are a few days left until the big show in Vienna, and the Spanish representative, Edurne, found some time to give an interview for our web site.

Edurne Garcia Almagro, born on December 22, 1985, is a Spanish singer, actress, TV host and a model. She rose to fame through “Operacion Triunfo”, the talent show, back in 2006. So far, she’s released 5 albums and she will be releasing the sixth one after Eurovision. “Amanecer” (Dawn) is the song with which Edurne will represent her country in Vienna, and it was composed by Peter Boström, Thomas G:son (“Euphoria”) and Tony Sánchez-Ohlsson. Since Spain is one of the direct finalists, Edurne will perform in the Grand final, scheduled for May 23. Exclusively for our web page, Edurne talked about herself, her song, the preparations for Vienna and Eurovision in general.

Hello, Edurne, how are you? How are the preparations for Vienna going?

Hello!!! I’m very well! The preparations are going great. We’ve been working a lot but we’re happy with the progress.

Tell us something about yourself you think everyone should know.

I think you already know everything! (laughs) I would point out that I am a very positive girl who really enjoys challenges.

What was the song or the artist that made you dream about becoming an artist yourself?

When I was a little girl, Whitney Houston had a lot of influence on me, and her song, “I will always love you” especially.

How was “Amanecer” created? How did you choose it as your Eurovision song?

The truth is, I fell in love with it the moment I heard it while I was selecting songs for my upcoming album; and I chose it immediately.

The video for “Amanecer” is great – whose idea was it?

David Arnal and German de la Hoz are the true creators of everything in the video. They’re great professionals with amazing ideas.

Since when are you a Eurovision fan, and what are your favorite songs in general – the favorite Spanish and favorite Serbian song?

I’ve been a Eurovision fan since forever!!! I’ve loved it for as long as I can remember. Without a doubt, my favorite Spanish song is Pastora Soler’s “Quedate conmigo”. I love the Serbian song this year; Bojana has a beautiful voice and I can’t wait to meet her.

Have you heard all of this year’s competing entries, and if you have – which ones do you like?

I’ve heard all of the competing songs and the ones that caught my attention were Italy, Estonia, Georgia and Serbia, of course.

Who’s your biggest support? I’ve seen that your boyfriend, David, is showing you support via social media and I was wondering if he’d be supporting you in Vienna as well, despite his duties in Manchester?

My family is my biggest support. I would love for David to be with me in those moments but it’s going to be impossible because he’s got to play the Premier League match right on May 24.

Out of 40 songs, 33 are in English, and you’re one of those who won’t be singing in English. Do you think the language of the song is important in terms of scoring a great result?

I don’t think the language is important for a great result. What’s really important is the song and what you transmit with it. Music is a universal language. 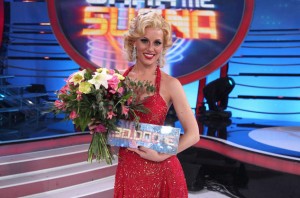 What are your expectations from Vienna and Eurovision in general?

The goal is to score the best possible result and to be satisfied with the outcome of the work we’ve been doing in these last few months.

We know that the performance should remain secret until the rehearsals at least, but could you tell us anything about it – if you’re going to be alone on the stage or if someone’s going to be with you…?

I will be accompanied by a male dancer on the stage. We want our performance to be theatrical and our main focus will be on the interpretation of the song.

You won the third series of “Tu cara me suena” in 2014, and amazed everyone with your performances every week – do you think that experience could help you in Vienna?

Yes, of course! Every experience related to the stage and television is great for a challenge that is Eurovision.

Are you working on your new album? 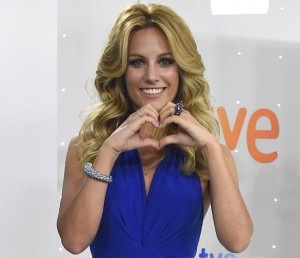 Yes!!! I am very optimistic about the new work and I can’t wait to present it.

What have been the most important moments of your career so far?

Perhaps the ones now are the most important. However, there have been others, such as the recording of my first album, which was like a dream to me!

A message for all the fans in Serbia?

Hellooooo Serbia!!!!!! It’s an honor to be able to salute you and have the opportunity to tell you that I hope you’ll really enjoy my “Amanecer” in Vienna. I’m sending you a big kiss and I wish you to really enjoy Eurovision!!!

Edurne, thank you so much for taking the time to answer these questions! Best of luck and may you score a great result! Greetings!

Thank you so much!!! I’m very grateful! Kisses!