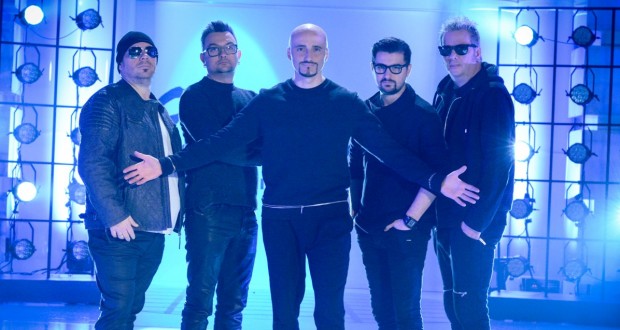 Interview with Voltaj from Romania

Dear readers, we continue with exclusive interviews with Eurovision contestants. Today we bring you an interview with Voltaj from Romania. They will perform in the first semi-final with the song „De la capăt/All over again„.

1. Hello Voltaj, first I congratulate you, on behalf of OGAE Serbia, to win national selection of Romania. Can you introduce yourself to our audience, tell me something about you and your career?

Hello! We are one of the few pop-rock bands in Romania and from 17 years we still manage to remain on top in charts and public preferences. Over the years, we have obtained many awards such as BEST GROUP, BEST LIVE, BEST SONG, BEST ALBUM at Romanian Music Awards and Media Music Awards. In addition we won the award for „Best Romanian act“ at MTV Europe Music Awards in 2005. 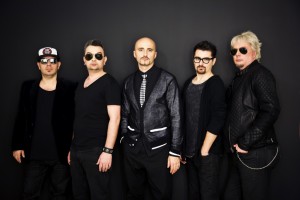 2. How did you came up with idea to participate in the national selection of Romania?

When we wrote and released the song with the campaign „All over again“ we never thought to participate in Eurovision Song Contest. However, we realized that this contest can help us make known internationally the fact that so many children are left home alone, while their parents are working abroad to give them the chance to a decent life.

3. Do you follow Eurovision and what you think about this competition?

We like this contest and we followed every year the final. It’s a strong competition, which gives us a great opportunity to make known our campaign. Therefore we entered the competition. We don’t have many opportunities with such a publicity and visibility to talk about the problem of children – and Romanians, in general.

4. You are convincingly won the national selection with the song “De la capăt”. Can you tell me something more about the song?

„De la capăt (All over again)“ is more than a song, it’s a manifest. We wrote this song with the boys from Deepside Deejays. The lyrics were inspired from the love towards our own children and thinking about them. There are many dramatic cases in which children are involved. They live a trauma because of the lack of affection when their parents are away, working abroad, although they receive gifts and packages from them. People must know that Romanians are not lazy or thieves and the biggest majority are hard-working and honest, making enormous sacrifices for their families left behind. Therefore, they must be respected and not discriminated because of this.

5. How are the preparations for the Vienna and what kind of performance we can expect in Vienna?

Nothing special, we could describe all in few words: rehearsals, interviews, tv shows and debates for or against. Our show will be a surprise! We think that we found a couple of great ideas to make the people in front of us and the ones sitting in front of the TV fully understand our message and make them part of our campaign „All over again“. 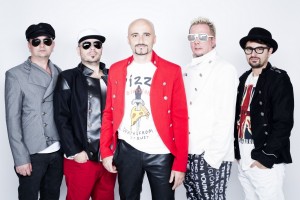 6. Romania since 2010, was not in the Top 10 songs in the final. Do you think that this year you will succeed?

Yes, because we will have a special show and moreover our song has a strong social message.

7. Do you have a stage fright of performances in front of millions audience?

No, we have 17 years of experience and over 1500 concerts and and we are prepared for any situation.

8. This year, most of the songs will be sung in English, even 33. What do you think should sing in native language or is it better to sing in English?

We chose to sing a part in English because we want our message to be understood by all the people, but we kept a part in Romanian because it conveys a strong emotion.

9. Do you listen to the songs of other participants? Do you have your favorite?

There are some very good songs and voices too. Competition is strong, but as we do for so many years, we prepare very carefully and intensively each appearance and stage production of our show and we are ready to compete.

10. If you listen to a song, what do you think about Serbian representative and song “Beauty never lies”?

Of course, we listened to all the songs in the contest. Bojana has a very good voice and her song is beautiful, we wish her good luck in the competition!

11. Which would you send a message to Eurovision fans from Serbia and the region?

Our traditional message is: Live your life as you would have 20 years old! But we have something else to say: Don’t ever be afraid to start ALL OVER AGAIN!

Thank you for the interview and good luck in Vienna!