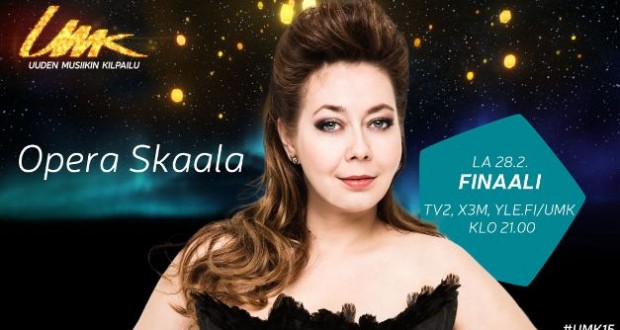 Dear readers, we continue with exclusive interviews. Today we bring you an interview with Opera Skaala form Finland.

First of all, congratulations on making it to the final of Uuden Musiikin Kilpailu! 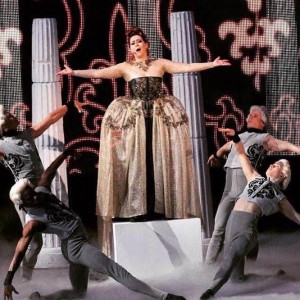 Did you expect to qualify for the final of the festival? What were your expectations before the start of Uuden Musiikin Kilpailu?

- I have to admit that our hopes were high to get in to the finals according to predictions and betting odds. We were many times ranked quite high in the advance votes and also the feedback we got in the social media were very excited. But one can never be sure before it really happens.

Based on many reviews by Eurovision experts and betting odds you are one of the favorites to win. Does that make you more nervous or gives you more confidence before the final performance?

- I think it gives confidence. In this kind of commercial music business Opera Skaala were rather unknown before the competition. We had to convince everybody from the scratch. But it’s very rewarding when you’re able to do it purely by your talent, skills and visions, not by your previous reputation.

Are there going to be any changes for the final performance?

- I think we are upgrading the performance a little bit what it comes to the visuality and choreography. We are also hoping to make some improvements to the music and sounds as well if only possible. 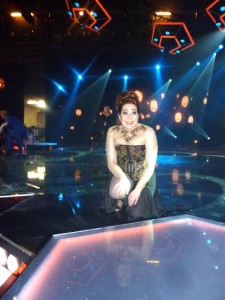 What do you think of other entries competing in the festival? Do you have any personal favorites?

- What I like is that there is very wide scale of different musical styles competing this year in UMK. I think our semifinal round was very tight, many good artists and groups competing in the same round. I like Shava and Jouni Aslak a lot, especially Shava’s show was really charming.

How did you decide to take part in the festival?

- The idea came after the premiere of our latest production „La Furia delle Costellazioni'“ in which we tried this musical concept of combining baroque arias and EDM in the first place. The arias we rearranged were all Antonio Vivaldi’s but we thought that we should try to continue this artistic work by composing our own aria. This new style seemed to arouse interest in completely new opera audience and that’s why we thought that much wider audience deserved to hear this kind of new style. Also we thought that the elements we used would fit fine on the stage of Eurovision Song Contest.

What would it mean to you to represent Finland at Eurovision Song Contest?

- It would mean a lot of publicity both for Opera Skaala as an opera company but also for me as a singer. It would be a final break through internationally. In wider context it would be a open minded message to the Europe of Finland being once again very unique in its musical choices for the ESC.

Do you watch Eurovision, and if so – which are your favorite songs?

- I have watched them, yes, over the years, even I can’t admit I’m a true fanatic. I liked e.g. Loreen’s performance of her great song ‘Euphoria’ which has give inspiration to us as well whilst composing our song. I also liked her show with a slightly artistic twist.

Finland is the country where many singers merge opera with different genres of music. How did you come 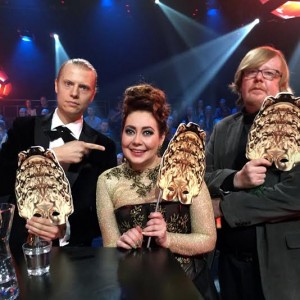 to the idea of connecting opera with electronic music?

- I have always loved to sing baroque music and the style suits my voice very well. Opera Skaala on the other hand has always searched for different and pioneering ways of operatic expression, our agenda is not in the mainstream or standard repertoire. I started to think how I could bring my beloved musical style, baroque, to Opera Skaala’s productions and suggested that composer-producer Visa Oscar, with whom we had been working earlier with other productions, would start to do experiments on this idea.

- We are continuing strongly with our artistic agenda, bringing 1-2 full opera productions on stage per year. Our next production ‘Transit’ is having its premiere in May in Helsinki and it’s a modern ambient opera based on modern opera vocals, ambient music and dance. We are also continuing our work on „La Furia“ and having plans to bring a revised version of it to untypical venues such as night clubs and techno music festivals.

Would you like to say something to Serbian readers?

- I wanna thank all the Serbian readers for your interest. Please, visit our website, youtube site and click even our own music video version of Heart of light on the following site http://www.voteforheartoflight.com/. Please, keep fingers crossed for our success in the finals of UMK so that Opera Skaala will be seen in Vienna in May! And above all I wish equally love and passion for all music lover around the world!

OGAE Serbia thanks you for your time!