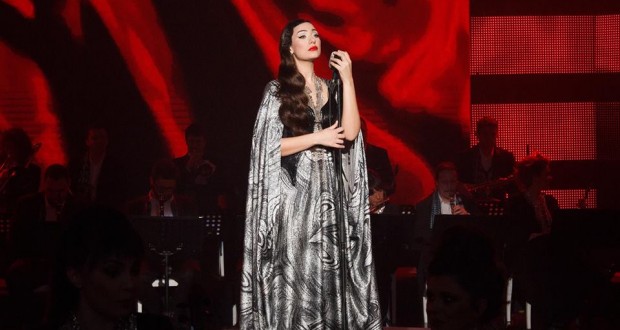 After a long wait and much speculation, RTS finally revealed the song that will represent them in the upcoming Eurovision Song Contest in Stockholm.  The song, which is performed by 22-year-old Sanja Vučić ZAA from Kruševac, was premiered during a special TV emission Pesma Srbije za Evropu (Serbia’s song for Europe) run by Serbian broadcaster RTS.  The hosts of the show were Slobodan Šarenac, Vladimir Jelić, Dejan Pantelić and Milan Popović.

The author of the song entitled Goodbye (Shelter) is Ivana Peters and was performed on the show in English and in Serbian in which the name of the song is Iza Osmeha (Behind the Smile).  The song will be performed in English in Stockholm. 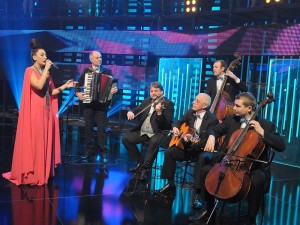 At the beginning of the show, we were reminded of the winner from last year, Mans Zelmerlow and his song Heroes as well as performances from Bojana Stamenov, the representative of Serbia in Vienna, Marija Šerifović and a video of Ljiljana Petrović singing „Nekih davnih zvezda“ who was the first representative of Yugoslavia at Eurovision.  In addition to this, viewers were given the chance to learn interesting facts and curiosities about Serbia’s representative as well as the composition that will be performed in Sweden.  We also heard that Sanja likes hamburgers, she likes to watch „Ljubav, navika, panika“ (Love, habit, panic) especially lead actress Seka Sablić, but most importantly – she loves to sing.

During the emission, Sanja performed „I’d rather go blind“ by Etta Johns as well as a medley of songs performed in Portuguese, Arabic, French and Italian and surprised viewers with a cover of the folk song „Preleteše ptice lastavice“. Before the premier of the song, we were reminded of Sanja and the band ZAA’s performance on the tv show „Tri Boje Zvuka“ (Three Colours of Sound).  Aside from this, we heard RTS’ entertainment editor Olivera Kovacević as well as music editor Dragan Ilić giving praise to both Sanja and the song.  Furthermore, the author of the song Ivana Peters complimented and spoke highly of Sanja’s vocals.

Serbia will perform in the second semi-final of the 61st Eurovision Song Contest in May in the Globen Arena in Stockholm with a live transmission by RTS.

I wish I could stop it, I wish I could fight it,
But there’s nothing I can do,
I thought that we were meant for each other
Oh, how I wish I knew you better

I played a fool so many times, can’t even count it.

Every time I say goodbye,
you try to keep me by your side
Gotta fight my way out of your hands,
find the shelter from the pain

Every time you say your lies,
I hide away and close my eyes,
I won’t let you tear my world apart,
gotta find a shelter for my heart

I lick my wounds, so that I can keep on fighting.

Every time I say goodbye…

Every time I say goodbye, you try to break me down

Also, listen to the Serbian version of the song „Iza osmeha“!